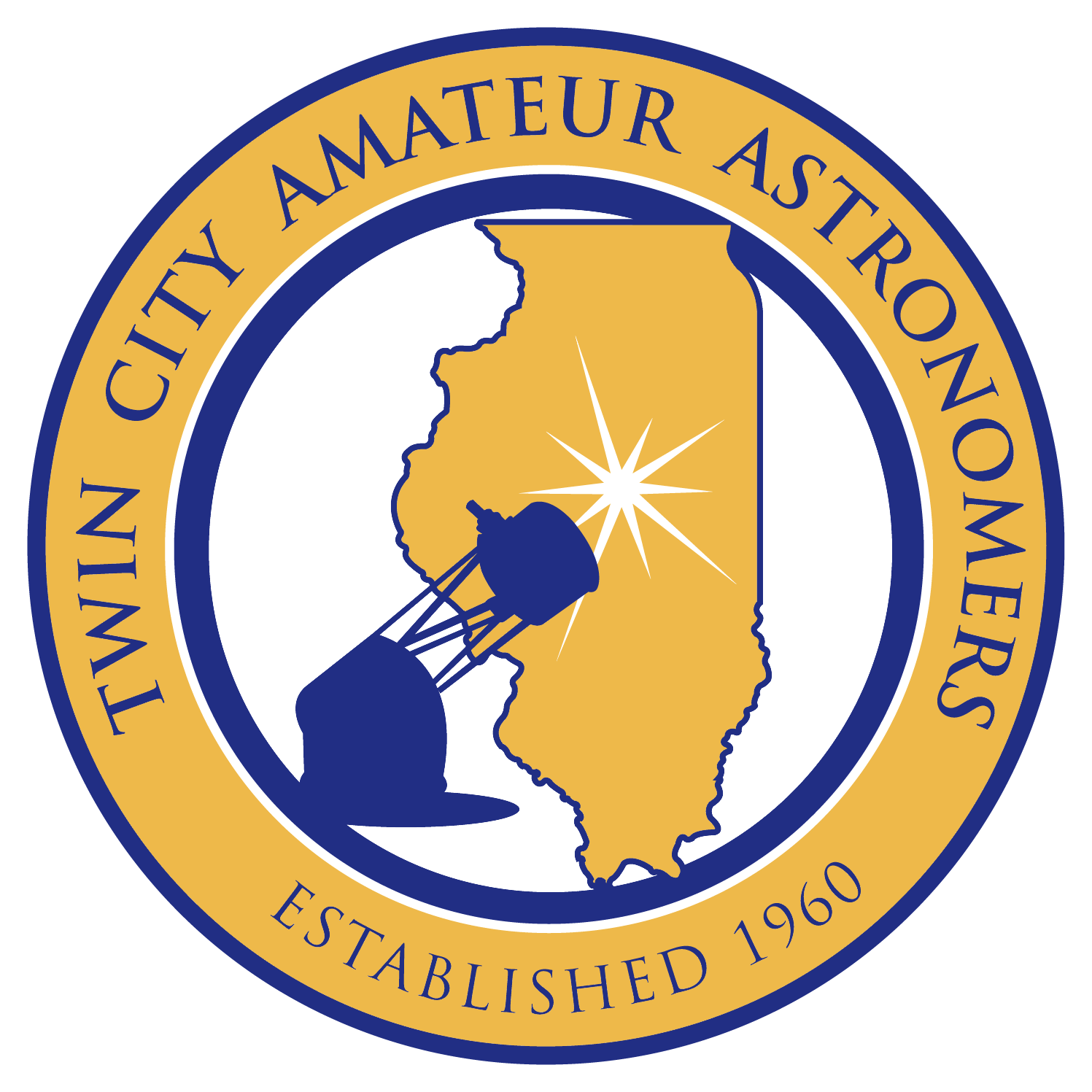 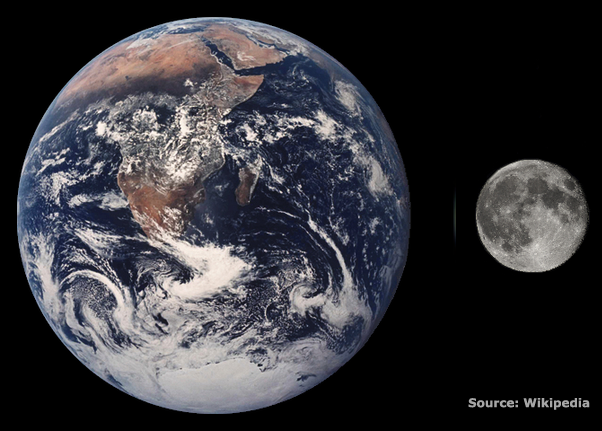 In absolute terms, our Moon is the fifth largest moon in the solar system, behind Titan, Ganymede, Callisto and Io. Below is a NASA image of many of the solar system bodies that are smaller than Earth.

As the Moon orbits the Earth, we observe the illuminated portion pass through "phases." For a desciption of this process, view our Moon Phases page." The Moon orbits the Earth every 27.32 days relative to the stars, a period of time we call the Sidereal month. However, during that time, the Earth and the Moon together have progressed forward in their orbit around the Sun. So it takes an addition 2-1/2 days for the Moon to move back to its position relative to the Sun. This is called the Synodic month, and is, on average, 29.53 days. The Moon's orbit is inclined to the Earth's orbit by about 5°, so half the time the Moon is above the Earth's equator and half the time below. The illustration shown below exagerages the inclination for better illustrate the idea. The points where the Moon passes through the plane of Earth's orbit are called nodes and are shown as red points. When the nodes are aligned with the line between the Earth and the Sun (as shown), eclipses can occur. Both solar and lunar eclipses occur approximately 6 months apart when the nodes are aligned with the Sun. A solar eclipse occurs when the Moon passes through the sun-ward node and the shadow of the Moon is cast on the Earth. A Lunar eclipse occurs when the Moon passes through the node away from the sun and through the Earth's shadow. The nodes' orientation slowly precess in 223 months time, a period of time called a "saros." This period of nearly 19 years separates two eclipses that have very similar characteristics. 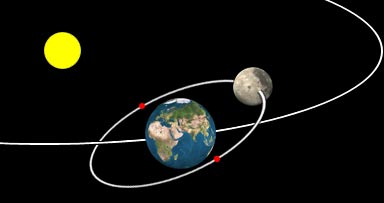